The Debate over Taxation and Representation

The Debate over Taxation and Representation 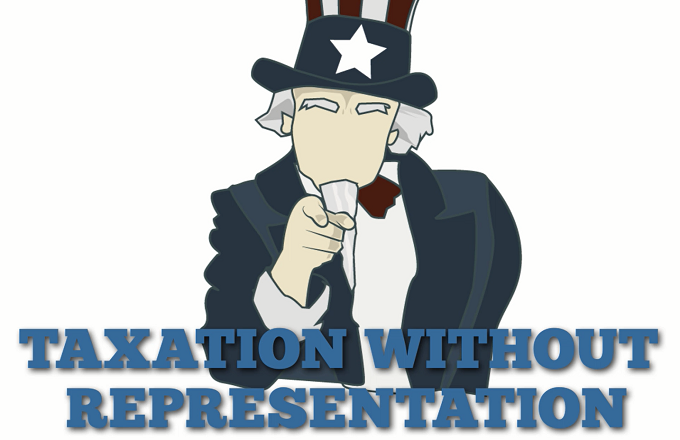 The no taxation without representation notion profoundly affected the relationship between the British and her colonies. This conflict made relations between the two unfriendly and prickly. This is because, the American who happened to be the colonies believed that without any direct representation in the parliament, then being taxed by the British government would be illegal and denial of their rights as Englishmen. For instance, the Declaratory Act stated that the British parliament had all the power to legislate and make laws that would be used similarly for the British and the American (Pickering). The Act stated that the colonies were bound under the passed rules in the British parliament in all cases. The main issue was the fact that the Act did not clarify the taxation without representation. The American colonies did not dispute the law supremacy as they benefited in other ways, such as the British exchange that enabled financial achievements. According to Soame, an Englishman can only be taxed with his or her consent; however, American colonies were imposed without representation. This became the source of the prickly relationship (Soame Jenyns).

According to the American perspective, rights and freedoms granted to Englishmen should be similar to that given to colonists. This means that the colonists had the right to be represented in the parliament, free supreme and subordinate powers, protection from slavery, and generally, colonists despite their color and race are born free British subjects. The colonists shared similar and exact rights with the British subjects; hence, the tax imposition without representation was a grave violation of their rights. According to Otis, the British parliament stated that no man, whether a colonist or Englishman, should be taxed without consent, every part should be equally represented; colonies were subordinate but free people (Otis). The constitution sought to embrace peace, prosperity, and unite the British Empire.

The relationship presented by the Americans was friendly and affable. The colonies show total allegiance and submission to the royal Crown and in return, seem to receive gifts and financial support. This argument is best represented in the Resolutions of the Stamp Act of 1765. According to the Act, the colonists show their sincere devotion, submission, and affection to the British Crown and His Majesty’s in person and government (Dickenson). The colonies offer the exact allegiance the Crown receives from the Englishmen, they do not revolt against the law supremacy of the British, and they are loyal to tax payments. In return, the Act shows that the Crown, in return, shows amicable exchanges in protection, gifts, and the British Exchange that allows financial investment and development in the colonies (Dickenson). The relationship shown here is more symbiotic rather than parasitic, meaning that the two colonies benefit from each other, and it would be better to exhibit a mutual and courteous relationship.

Otis, James. The Rights of the British Colonies Asserted and Proved. 1764. file:///C:/Users/user/Downloads/The_Rights_of_the_British_Colonies_Asserted_and_Proved.pdf. 28 October 2019.

Soame Jenyns, Samuel Johnson. The Objections to the Taxation of our American Colonies by the Legislature of Great Britain, briefly consider’d. 1775. http://www.let.rug.nl/usa/documents/1751-1775/soame-jenyns-the-objections-to-the-taxation-considerd-1765.php. 28 October 2019.